Egyptians were great builders and artists, where their motivation came from nature. A complex social and religious structure was in place. The Egyptians composed records on papyruses and wrote history on the walls; their children played with carved wooden toys with moving parts.

Since the Pharaohs believed that possessions could still be used in the afterlife, items of furniture were buried with the dead in sealed tombs.Therefore, Egyptian antique furniture provides the only surviving examples of actual ancient furniture. In the hot, dry climate of Egypt, many items were preserved through the centuries to become fascinating and valuable museum pieces today. In some cases, the wooden furniture itself had rotted away, but it was feasible to recreate it from the gold sheaths that enhanced the original pieces. 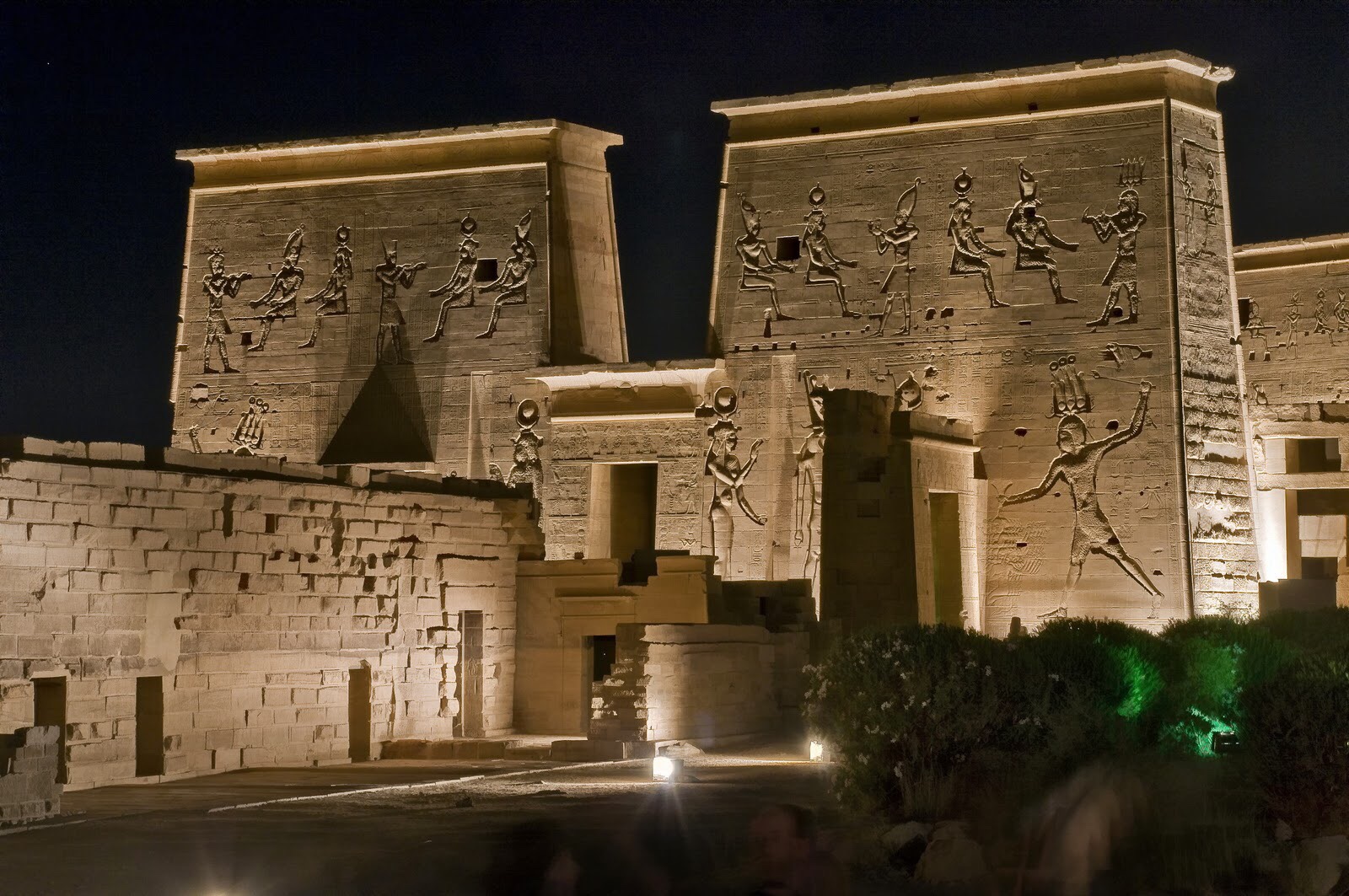 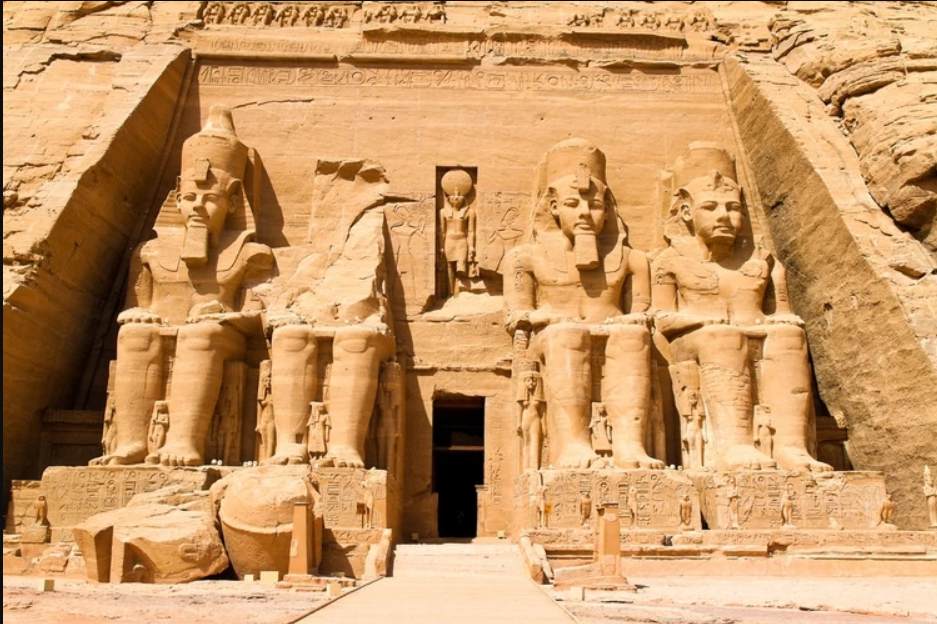 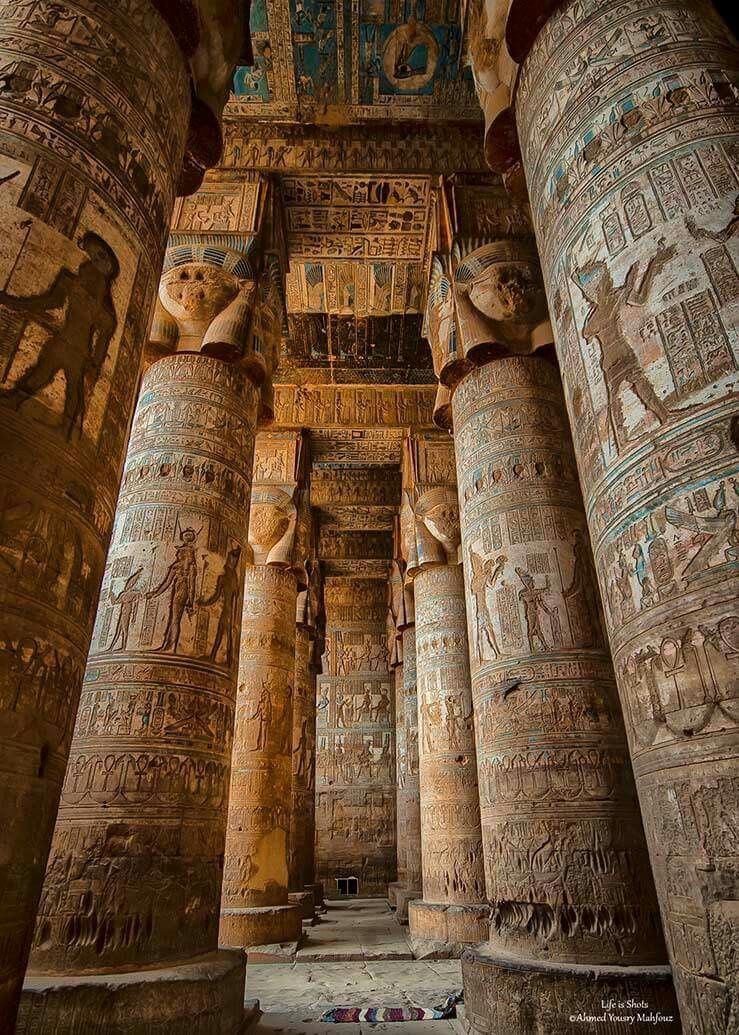 The discovery of King Tutankhamun tomb in 1922 opened the world’s eyes to some of the richness and elaborateness of ancient Egypt furniture.His possessions were of an unprecedented grandeur. The dry Egyptian climate preserved the wooden frame chairs and couches decorated with open relief carvings, inlays and overlays of precious metals. Three dimensional carving adorned ivory headrests, small chests, used for storing clothes and household items, were also extravagantly finished. 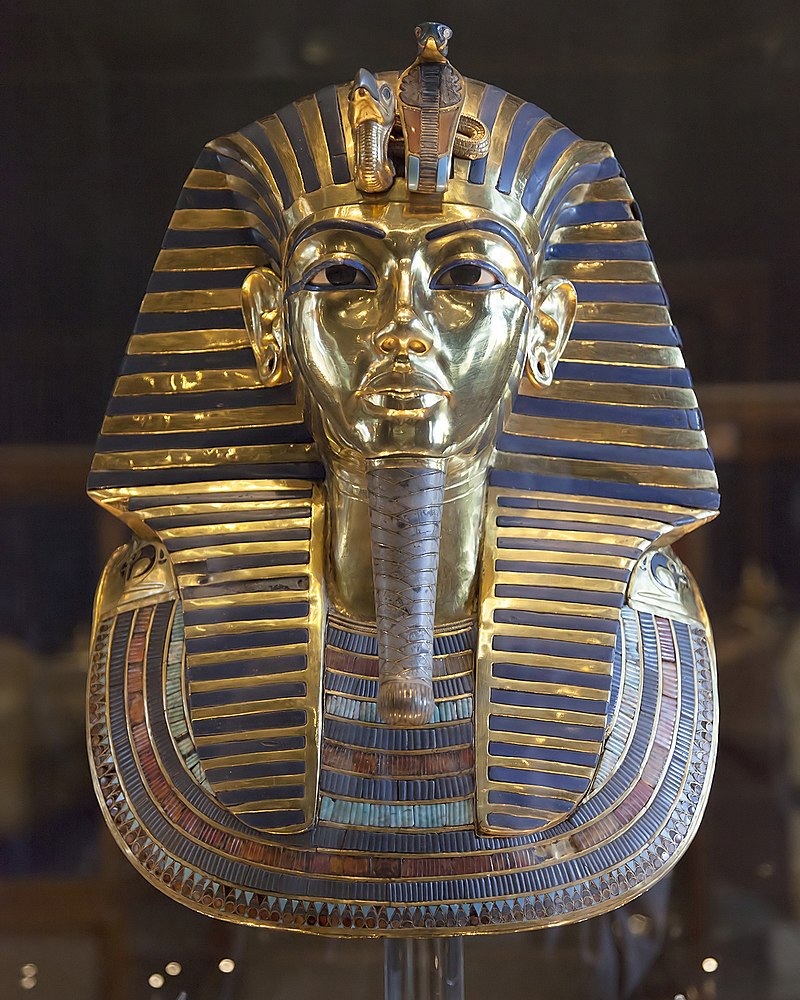 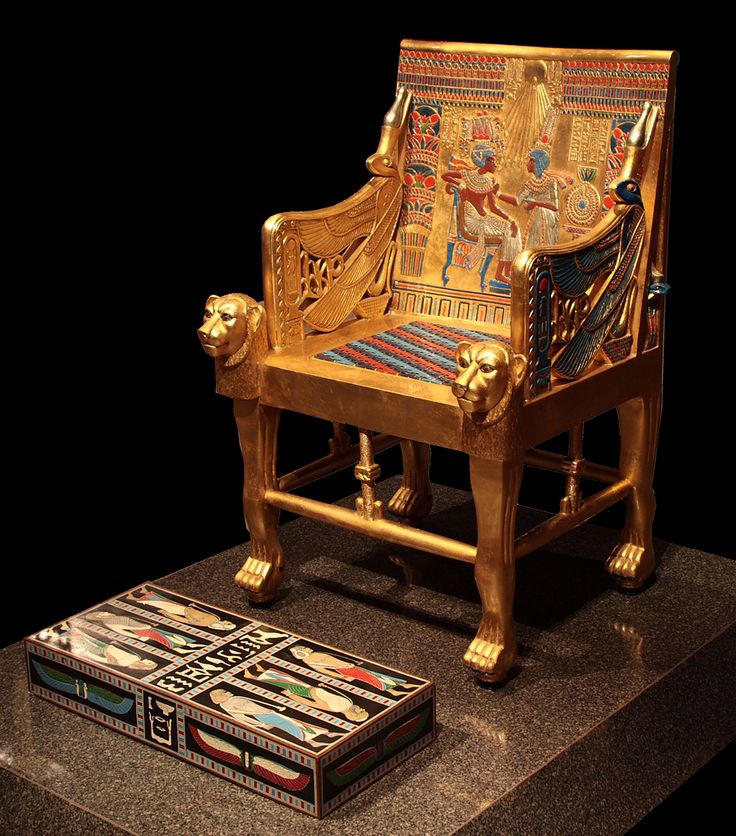 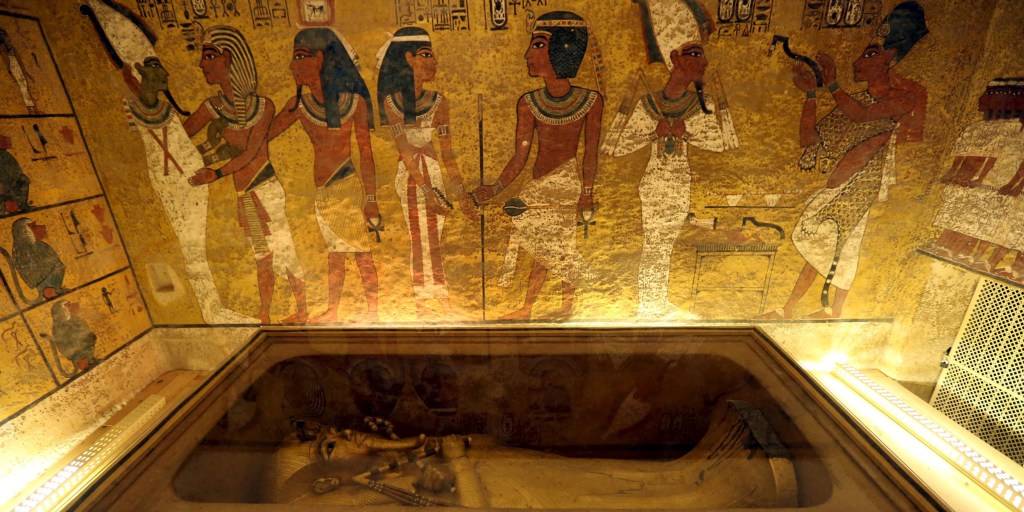 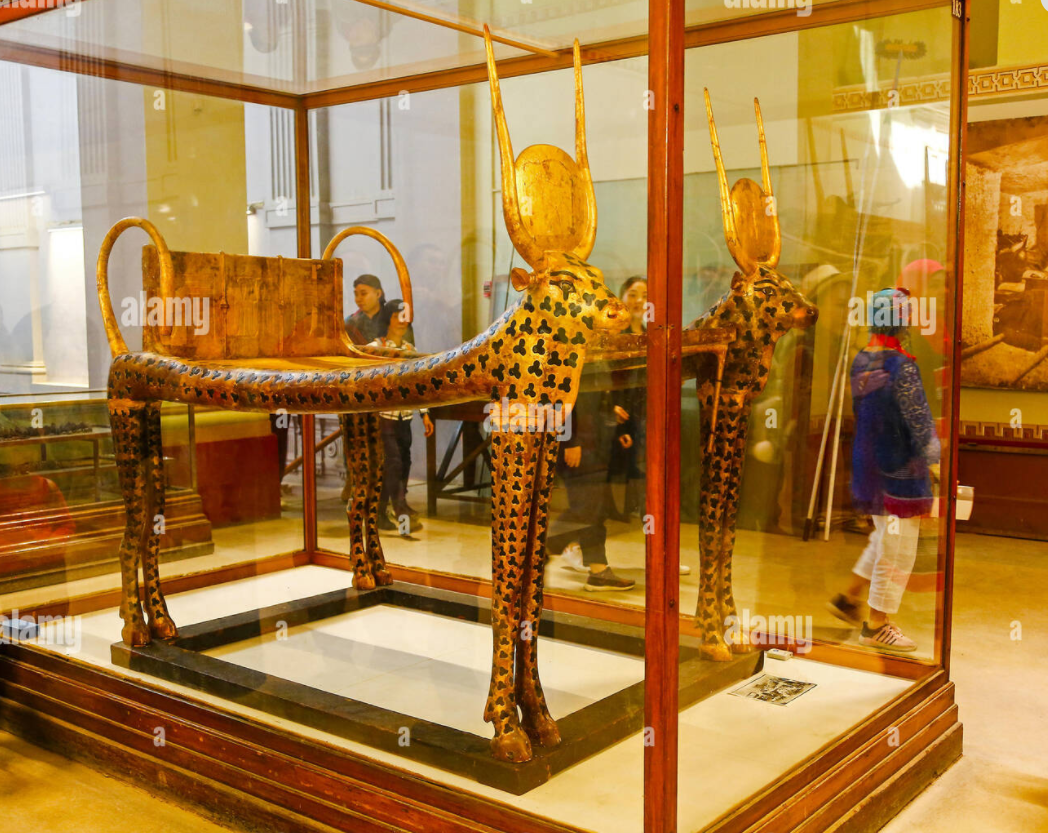 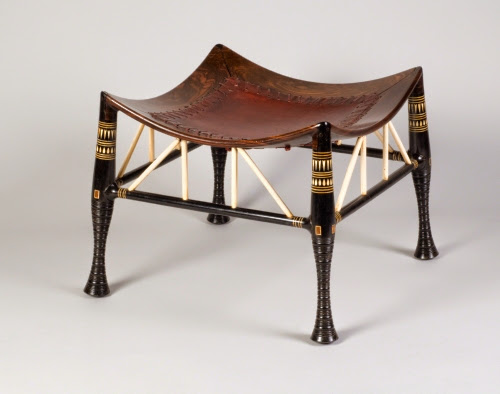 Stools (backless and armless chair) : Stools were widely recognized in Egyptian homes. Since they were used by army commanders in the field, becoming a status symbol, and were often heavily carved and decorated.

High backed chairs are seen in many paintings. These were supplemented with cushions for comfort. Both stools and chairs commonly had woven rush seats, which have long since disintegrated. 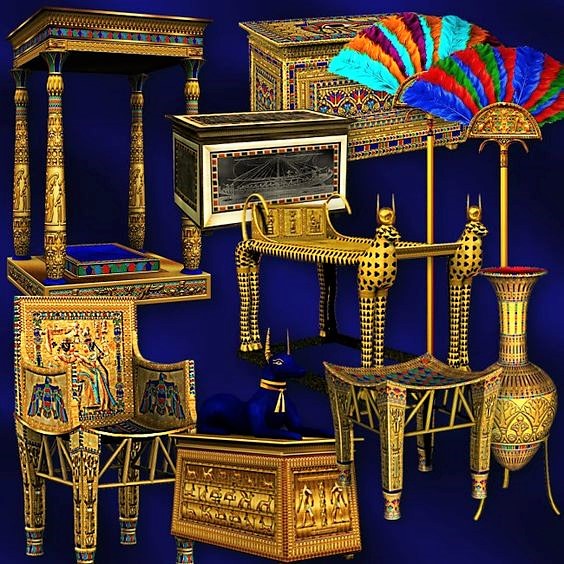 Beds, Headrests : Beds almost always had carved animal-like legs with hooves or paws. They were gently inclined so that the sleeper’s head was elevated, and had a footrest. The wooden Egyptian headrests were probably covered with a cushion. Chests, boxes and cabinets formed an important part of Egyptian bedroom furnishings. These were highly decorated and were designed for many different purposes: large chests for storing household items and linen, small compartmentalized ones for storing cosmetics, and miniature chests with sliding lids and drawers made to hold jewelry.

Tables :Tables were vital in the Egyptian culture, as they were used for eating, writing and playing games. They were usually low and easily moveable. In many cases, the tops were decorated with marquetry or with inlaid ivory. Carved legs, gold sheathing and ivory inlays were used to decorate table legs.

In the early 19th century, Napoleon carried out several military campaigns in Egypt. He was fascinated by ancient Egyptian designs and Egyptian decor. Egyptian Revival furniture and decor became extremely popular in France, called French Empire furniture, and this fashion quickly spread to the rest of Europe. In England it was called Regency furniture and in America, American Empire. This began the Neoclassical era in furniture design. 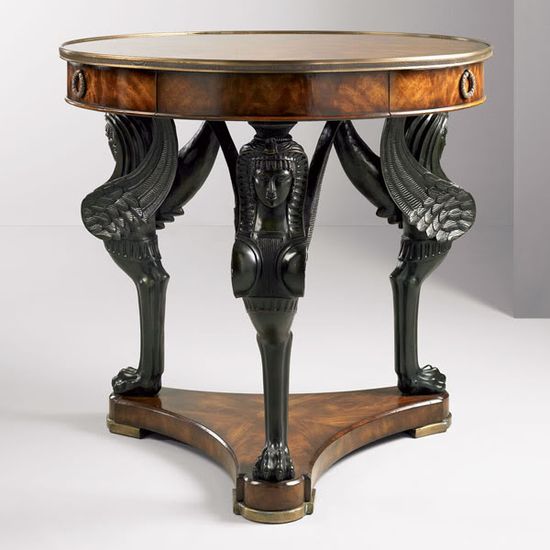 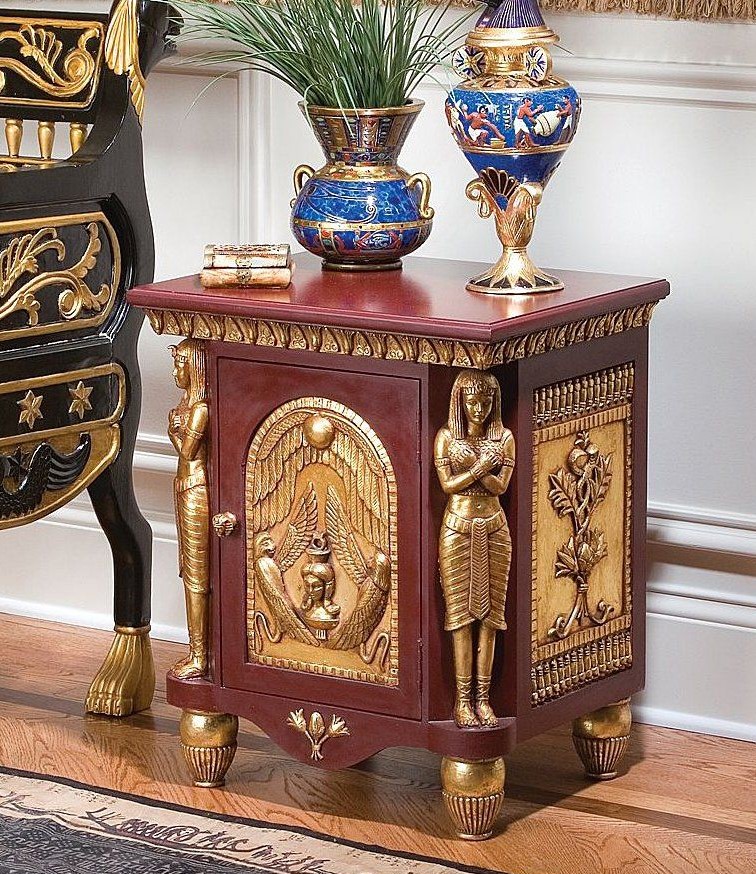 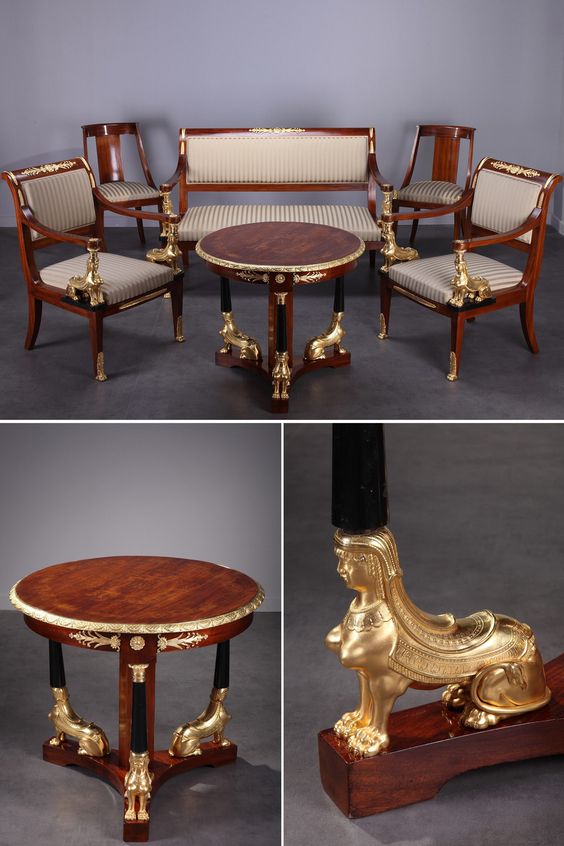